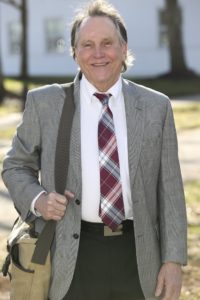 Edward Francisco lives in Charleston, South Carolina. He remains Professor of English and Writer in Residence at Pellissippi State Community College. His poetry, short stories, and essays have appeared in over seventy-five publications. His most recent play, Which Side Are You On:  The Florence Reece Story was very well received. He has authored ten books, including The Dealmaker (WP Books), The Literary Relationships of Robert Coles and Walker Percy (Edwin Mellen Press) and The South in Perspective: An Anthology of Southern Literature (Prentice Hall publishers). His books of poetry include, Death, Child, and Love (Walker Publishers), Alchemy of Words (Birch Book Press), and Only the Word Gives us Being (Birch Book Press).

For broken links or other issues, please contact: admin@edwardfrancisco.com